J. Peder Zane is a writer and editor who has worked at The New York Times and The News & Observer of Raleigh, North Carolina. He is an Assistant Professor in the Department of Journalism and Mass Communications at St. Augustine’s University in Raleigh. He 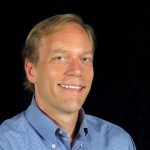 has published four books including a collection of newspaper columns titled “Off the Books: On Literature and Culture” (University of South Carolina Press, 2015) and a work of science written with and detailing the discoveries of Professor Adrian Bejan of Duke University, “Design in Nature: How the Constructal Law Governs Evolution in Biology, Physics, Technology and Social Organization” (Doubleday, 2012). He edited and contributed to two books published by W.W. Norton, “The Top Ten: Writers Pick Their Favorite Books” (2007) and “Remarkable Reads: 34 Writers and Their Adventures in Reading” (2004). Peder’s work has won several national awards, including the Distinguished Writing Award for Commentary from the American Society of Newspaper Editors. He is a former member of the Board of the National Book Critics Circle. He is a graduate of the Collegiate School, Wesleyan University and Columbia University’s Graduate School of Journalism.